How many times should we chant "Mahamrityunjaya Mantra"?

As per Hindi traditions-

In normal case and for overall wellbeing- you should chant it atleast 108 times, If not daily, you can recite it every monday.

In case you are suffering from any kind of Fear –

In case you are suffering from any kind of Disease –

To get rid of illness or disease, You should chant Mahamrityunjaya mantra for 11000 times. It will be good if mantra is chanted by the person themselves who is ill, but you can take the help of Priest or family member also in case it is not possible.

One should religiously do the “Mahamrityunjaya mantra” “jaap” for 150000 times. 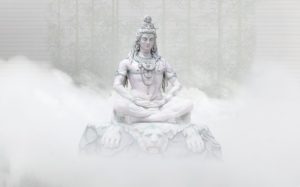 महामृत्युंजय जप एवं मंत्र का मतलब - What is the meaning of Mrityunjaya mantra?

Note: bandhanāt here means “from the stem”. Thus, read with urvārukam iva, “as a fruit from the stem”; the etymologically prior meaning of “from bondage” resonates here as the fruit is a simile for the worshipper being released from the bondage of death, see below.

मा ऽमृतात् = “not (mā) from immortality (amṛtāt)” (ablative case from amṛtam): negative particle mā is also constructed together with mukṣīya.

Benefits - Why do we chant Mahamrityunjaya Mantra -

Mahamrityunjaya Mantra always protects you from untimely death. Gives you good health. If you are suffering from some chronic disease where the medicines are not working, it is believed that MahaMriyunjay Jap or Mahamriyunjaya Mantra will work like a miracle. Yes, you should recite the mantra with 100% dedication and full belief.

Mahamtriyunjay Mantra helps you to overcome issues related to overall success and even fertility related issues in life.

Hope you have liked and downloaded Shiva स्तोत्र , also Read - 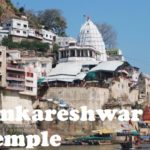 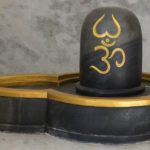