It is very close to Qutub Minar.

Baba Sant Nagpalji estabhlished Chattarpur mandir in year 1974. Chattarpur Mandir is undoubtedly considered as one of the biggest temple of India and even world. This temple is surrounded by biodiversity area Northern Aravalli Leopard and wildlife corridor and Sariska Tiger reserve to Delhi.

Chhatarpur Mandir has samadhi shrine of Babaji with in the premises of temple.  Temple is also recognised as one of the beautiful and well maintained built with marble and perforated stone work. Architecture belongs to Vesara Style.

Chattarpur Mandir has approx 20 different temples divided in three separate complexes which is detailed later. As we mentioned above, it is dedicated to  – Goddess Katyayani (Navadurga). As per hindu mythology, there arenine forms of Hindu goddess Durga or Shakti. All these 9 forms of Goddess are worshipped during the Navratri.

There is one shrine in the temple dedicated to Goddess Katyayani (Durga), which opens during Navratri season. You will also find a room nearby -living room where you will see tables and chairs (silver work), and another room which is considered as -Shayan Kaksha (consisting bed, dressing table etc made up of silver).

Chattarpur Mandir has large satsang hall, where all aartis, bhajans and mythological chants as per Hinduism are held are held.

One of the main attraction like others is a “OLD TREE” at the entrance where holy threads are tied to get your wish and dreams fulfilled and to get the blessing of Goddess.

Other temples within the campus are of – Radha Krishna, Ganesha, Rama and Shiva.

How to reach Chattarpur Mandir with Map

You can easily reach Chhatarpur Mandir as it is in Delhi and is connected with Airport of Delhi. Great connectivity of Delhi Metro from all of the Delhi to nearest metro station  -Chattarpur Metro station.

For all flights availability for Chattarpur Mandir, Delhi, check here

By bus the nearest ISBT is Kashmere gate, Delhi.

See map below for exact location.

Temple of Chattarpur opens everyday at 4 and closes at 11 pm. There is no entry fee.

Sight Seeing of Other Popular Mandir (Temples) of Delhi

Detailed guide about other famous temples of India.

Near By Hotels, Resorts and Restaurants

Few popular hotels of Delhi nearby temple are as follows –

Mehandipur Balaji Mandir, (मेहंदीपुर बालाजी मंदिर) a famous Hindu temple which is dedicated to Lord Hanuman (Balaji Maharaj)in Rajasthan. This famous Balaji temple is in Dausa district. Hanumanji is recognised as Balaji in various states of India. Balaji is just another name of Hanuman Ji.  As per Hinduism, if someone is suffering from the effects of ... Read more 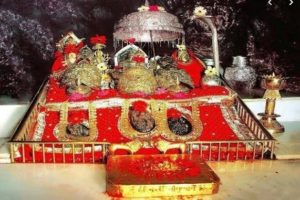 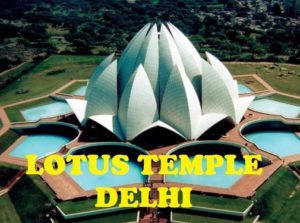 Beautiful- Lotus Temple in Delhi (दिल्ली का कमल मंदिर – लोटस टेम्पल). Why it is called Lotus Temple? Here is detailed guide about the history, timings, nearby places, tour and sighseeing, hotels and Map. Lotus temple is known for its beautiful flower like shape which looks exactly like – Lotus. This Lotus temple is one of ... Read more 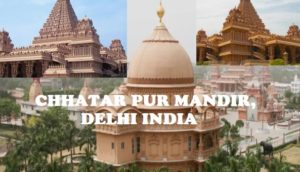 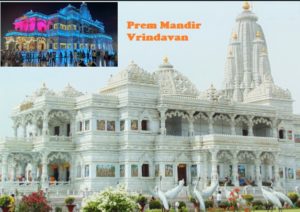 Prem Mandir Vrindavan (प्रेम मंदिर, वृन्दावन), Findout why it is one of the most visited and beautiful temple of Vrindavan. Informative article on Prem Mandir of Vrindavan – telling about its beauty, lights, Timings, Images and peaceful environment. Prem Mandir is a huge temple that was formed by Jagadguru Shri Kripaluji Maharaj in the year ... Read more 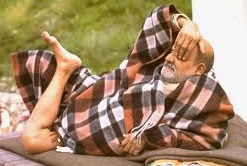 Baba – Neem Karoli Baba (नीम करौली बाबा) (Great Indian Saint) who is also recognised as Neeb Karori Baba ( नीब करौरी बाबा) was a great devoteee (Bhakt) of Lord Hanuman. Babaji is known everywhere, not only in India, Infact everywhere in the world, be it USA or UK. Even Steve Jobs was the devotee ... Read more 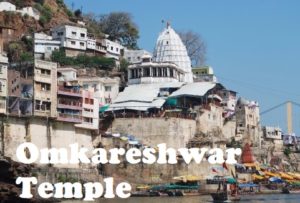 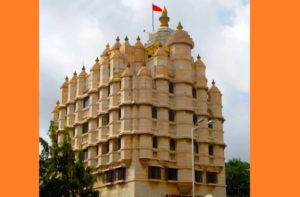 All images belongs to temple and temple and is trust is the owner of the pics, we have only collated them for information and knowledge purpose.